South Scotland MSP Colin Smyth has praised the public response to a call to arms to save Ayr Station Hotel.

The local MSP Chaired a public meeting in Ayr Town Hall on Friday (7 April) where members of the public present agreed to establish an Action Group to try to save the Glasgow and South Western Railway-built station hotel which has become derelict.

The well attended meeting was organised by local resident Esther Clark and guest speakers were Michael Hitchon, President and Trustee of Kyle and Carrick Civic Society and highly respected and experienced Conservation Architect Rebecca Cadie, Director of ARPL Architects based in Ayr and a Trustee and Vice Chair of Glasgow City Heritage Trust provided the key note speech. At the end of the meeting those present agreed to a proposal from Esther Clark to establish an Action Group.

Ayr Station Hotel has been left derelict and untouched for a number of years now and the group lead by local Ayr resident, Esther Clark are fighting to change that. The Hotel was once the pride of the town, but early estimations now suggest that a minimum of £20 million is needed before the building could be back in working order.

The Victorian building which was built in 1886 is in the French Chateau Style. The opening was so successful that the same company Glasgow & South Western, built Turnberry Hotel now owned by Donald Trump

The hotel is owned 90% by a Malaysian business owner and 10% by Network Rail who operate the adjoining Ayr Train Station.

Praising the public response Colin Smyth said, “I was delighted to Chair the meeting as campaigning to regenerate our town centres is a real passion of mine. Too often the default position when it comes to old buildings falling into a state of disrepair is simply to demolish them and replace them with ugly modern boxes that don’t last that long. It means our towns lose a huge part of their heritage. I’m delighted so many people in Ayr don’t want to see that happen to the Station Hotel”.

“The hotel is part of the town’s history and could play an important role in its future. Realistically it is unlikely to be re-opened as a hotel but there is no reason why it could not have a mixed use in the future such as community facilities, shops and accommodation such as flats. We need to find new ways to bring people into our town centres as retail continue to shrink, and there is no doubt that community facilities and housing is the key to that”

“It won’t be easy to save the hotel because it has been neglected for so long but there is clearly a desire from local residents to try to do so. In the short term that is likely to mean urging the council to step in to carry out urgent short term work to stabilise the building and make it water tight, and pursue the owners to meet the cost. That would then buy time to consider longer term uses. I have seen many examples in my years as a councillor and now MSP in the south of Scotland where community groups have been established and they have turned once derelict buildings into fantastic new facilities. It’s great news that the initiative by Esther Clark has led to an Action group being set up to try to do the same for the Station Hotel.” 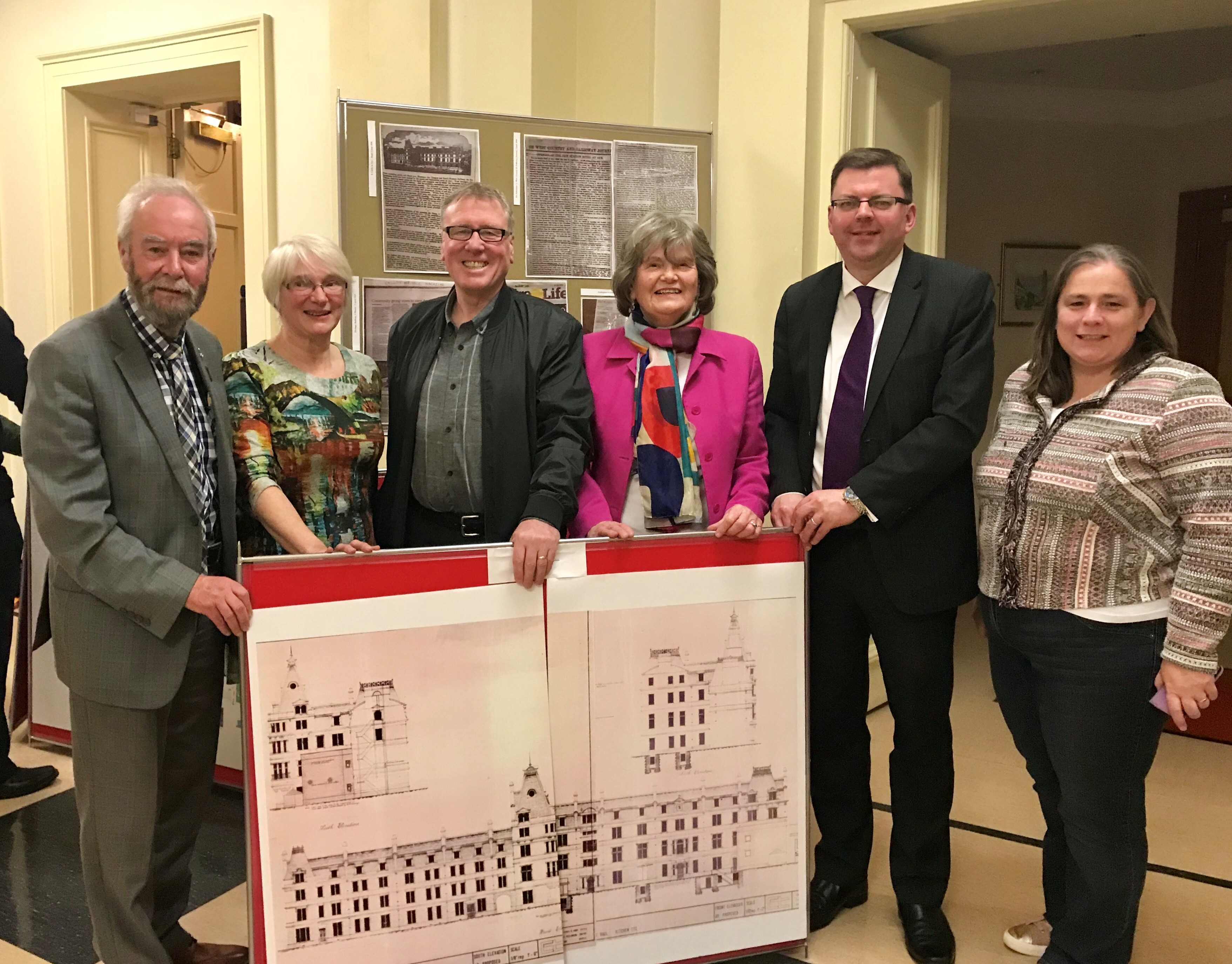