Plans unveiled by Scottish Labour today (9 April) for a ‘paws clause’ to allow elderly vulnerable people and the homeless to keep their pets in care homes, temporary and supported accommodation could prevent a repeat of the incident last year were a local care home banned a resident from keeping his dog.

Labour has pledged to work with landlords, tenants, care home and temporary accommodation providers, as well as advocate groups to keep owners and animals together, unless there is clear evidence that the animal is causing a nuisance.

According to South Scotland MSP Colin Smyth, Labour’s pledge to change the law so it becomes the norm for pets to be allowed in rented, supported, or temporary accommodation could have helped prevent pensioner Robert Harvey having to leave Burnfoot Hall care home in Ecclefechan last year in order to keep his pet dog, after the home’s owners Mead Medical Services Ltd told Mr Harvey the dog could not stay.

A petition against the owners asking them to allow Mr Harvey’s dog to stay at the home secured nearly 250,000 signatures but was ignored by the owners. Under Labour’s plans the dog would have been allowed to stay unless the home owners could show that the dog had clearly been causing a nuisance.

South Scotland MSP Colin Smyth said, “For many people their pets are treasured members of the family. But sadly as we have seen locally, changes in living arrangements can risk splitting people up from their pets.

“Whether it is moving into a care home or sheltered housing, having limited choices in rented accommodation, or seeking temporary accommodation for the homeless -; all of the people living there should have the right to keep their beloved pets by their side”.

“Splitting pets away from their owners can be distressing both for the animal and the owner, and can add to our already overcrowded local re-homing centres.

“In consultation with landlords, tenants, care home and temporary accommodation providers, and advocate groups, Labour will seek to ensure people can keep their pets as default.

“You only have to visit someone in a care home where pets are allowed, to see for yourself the benefit both to the owner but also often all residents of a pet being allowed to stay in the home. It can help keep residents fit, keep a sense of independence by looking after the pet and provide an invaluable comfort to all. Many care homes locally already allow this to happen, but we should make it the norm unless there is very clear evidence that a particular pet is causing a nuisance and can’t properly settle”. 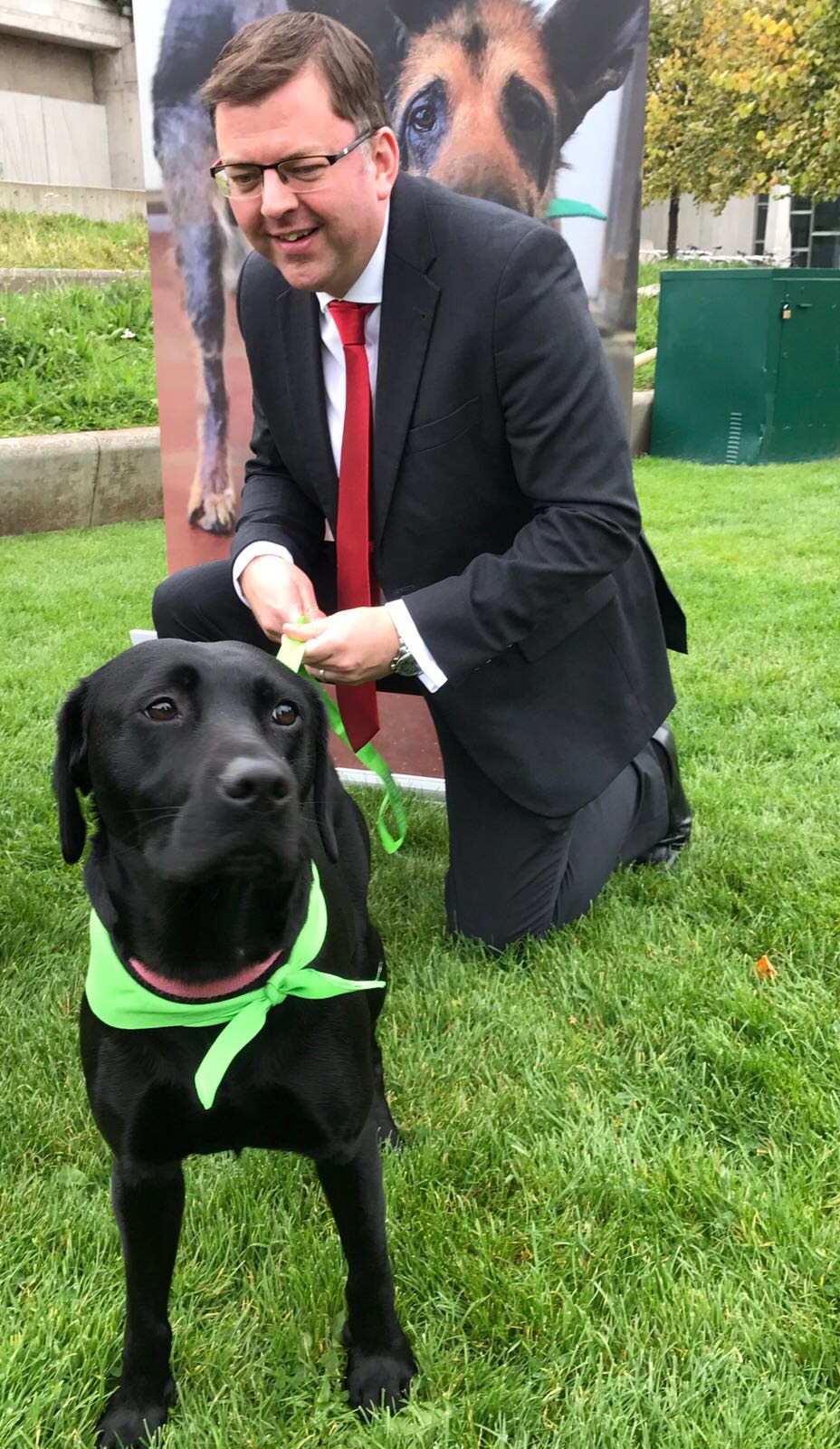 A study by Anchor, a pet friendly care home chain, in September 2017 found that that one in five older people wish they owned a pet and that most older pet owners rely on their pets for company more than they do their friends, children or neighbours.

The research found that 63 per cent of people over the age of 65 think that getting older reduces your chance of being able to keep a pet, with half (51 per cent) of older pet owners worrying about a future without their beloved animals.

There is also research to show that pets can help people with Alzheimer’s. This idea of dogs helping those living with Alzheimer’s regain independence has also been developed closer to home.

The Dementia Dog Project, a Scottish charity founded in 2012, has trained four dogs to help sufferers.