South Scotland MSP Colin Smyth has given his backing to Fairtrade fortnight- and urged local people to keep supporting Fairtrade all year round.

Fairtrade Fortnight ran from 26 February to 11 March this year and included a range of events across the region. It was opportunity for campaigners, businesses and schools to show their support for farmers and workers in developing countries and the right for them to receive a fair price for their products.

It is the first Fairtrade Fortnight since Dumfries and Galloway was awarded coveted Fairtrade zone status by the Fairtrade Foundation at the end of last year.

To mark Fairtrade Fortnight Colin, who is Convener of the Scottish Parliament’s Cross Party Group on Fairtrade and the Chair of Dumfries and Galloway Fairtrade Steering Group hosted a visit to the Scottish Parliament by Bernard Kaunda and Christopher Gondwe from Mzuzu Coffee Planters Co-operative Union in Malawi to meet with MSPs and local campaigners from across Scotland including Dumfries and Galloway to discuss how Fairtrade is making a difference to their work. Colin also attended a number of Fairtrade events across the region including the Dunscore Big Brew on Saturday (17 March) which had moved.

Colin Smyth said, “Fairtrade Fortnight was an excellent opportunity for local groups to promote Fairtrade ethical shopping in general. It was great to see so many activities take place across Dumfries and Galloway”

“Dumfries and Galloway is building a really positive reputation when it comes to supporting Fairtrade with active local groups and schools and the achievement of Fairtrade status for the region has been a well-deserved award for that work. By supporting Fairtrade products, local people are making a significant difference in the lives of millions of poorest people across the world.  Fairtrade ensures decent working conditions are provided by ensuring that producers receive a fair price for their products.  However, it is important to remember that buying Fairtrade should not just be for a fortnight but all year round.” 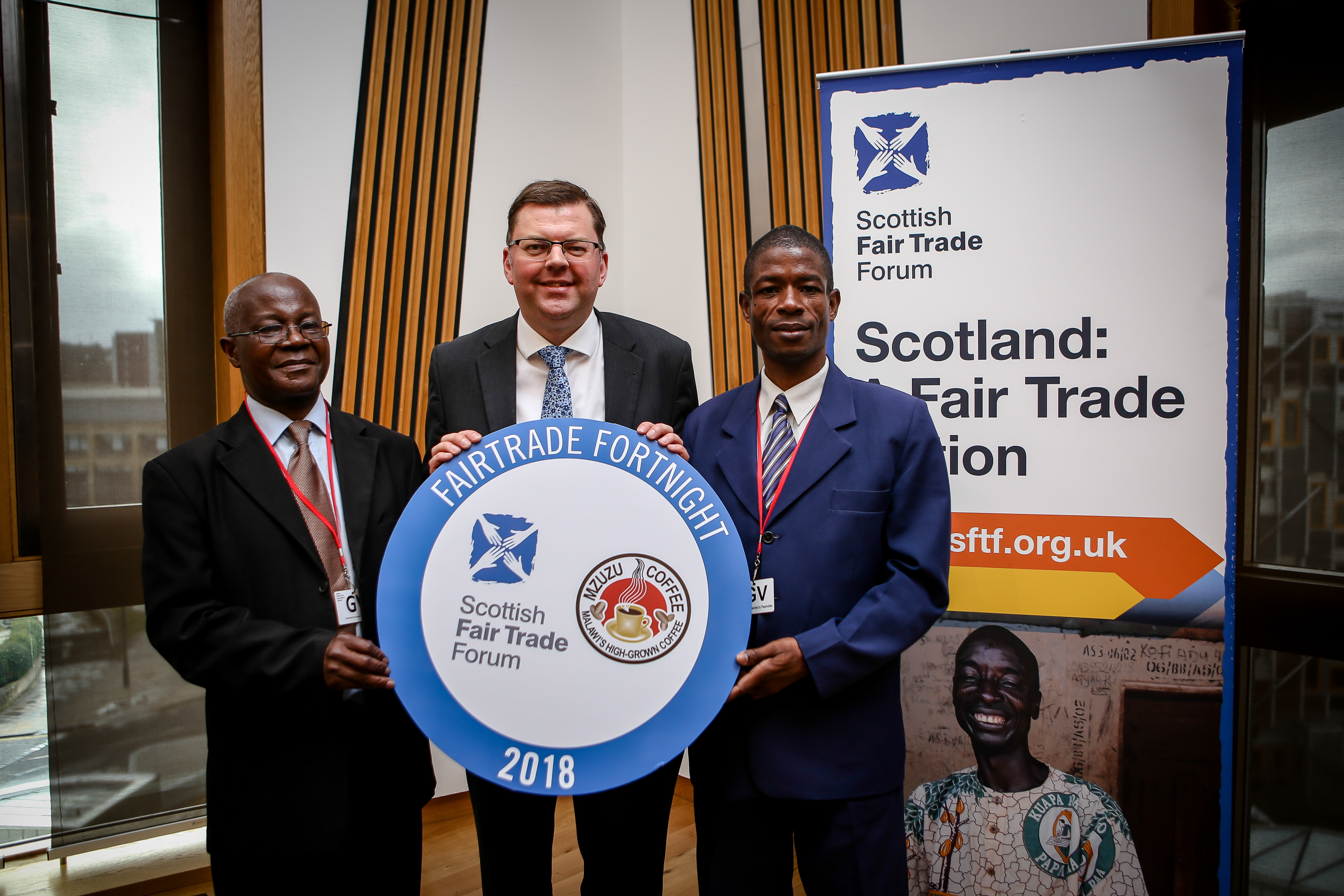