Scotland has an important opportunity to reduce the burden of stroke on its healthcare system by focusing on Atrial Fibrillation (AF), a major cause of stroke, says a new report.

The report, published today (Tuesday 23 January 2018) following a ground-breaking inquiry into AF, says Scotland must identify people with AF who are undiagnosed and ensure that clear and consistent clinical pathways exist to optimise the treatment and management of everyone who has this condition.

In 10 recommendations to the Scottish Government it suggests that investment in proven technology and addressing the shortage of cardiac physiologists are key factors in the quest to improve the detection and diagnosis of AF. And it highlights that health care professionals need access to good quality information to empower patients to understand this long term condition.

The far-reaching inquiry -; the first of its kind in Scotland into AF -; has been conducted by the Cross Party Group on Heart Disease and Stroke at the Scottish Parliament. The group is made up of MSPs, clinicians, patients and third sector organisations, including British Heart Foundation (BHF) Scotland, Stroke Association and Chest, Heart &Stroke Scotland (1).

AF is one of the most common types of irregular heart rhythm and those with the condition are at a five-fold increased risk of having a stroke, which can have a devastating impact on individuals and families and be fatal. Over 96,000(2) people in Scotland have been diagnosed with AF. However, it’s estimated that 2.6% of the Scottish population, around 145,000 people, have AF. This means that nearly 50,000(3) people in Scotland are living with undiagnosed AF and missing the opportunity to reduce their stroke risk through appropriate treatment.

Stroke is the third most common cause of death and a leading cause of disability in Scotland. In the year 2015/16 nearly 9,000 people were confirmed as having had a stroke (4).

“The phrase ‘ticking time bomb’ is bandied around in healthcare all too often, but it actually perfectly describes the situation with AF in Scotland. Nearly 50,000 people in Scotland are walking around with a dangerous heart rhythm that could lead to a disabling or fatal stroke, but they are completely unaware. As Scotland’s population ages, the numbers of people with AF are likely to increase.

“Our findings recommend a targeted approach to find the people with AF who are most at risk of a stroke. We’re not suggesting national screening but rather support for more local, case-finding programmes. And we’re suggesting the implementation of specialised services to ensure that people with AF receive accurate diagnosis and prompt, patient-centred treatment.”

Professor Lis Neubeck, an expert in cardiovascular health from Edinburgh Napier University, and a clinical advisor to the inquiry, said:

“We found many local examples of excellent care, good practice and innovation for people living with AF and would like to recognise and congratulate the health care professionals who are delivering this.

“This inquiry is ground-breaking in the way it’s brought together interested parties, people with AF and health care experts. The number of people engaging with it surpassed our expectations. Everyone who contributed has helped to inform this inquiry and our recommendations to the Scottish Government.

“The advisory panel for the inquiry hopes that the publication of this report marks the beginning of a collaborative effort to tackle AF in Scotland.”

Ivan Williams (70) from Alva, Clackmannanshire, was diagnosed with AF after his high heart rate was spotted during a physiotherapy appointment. A doctor was consulted straight away and an electrocardiogram performed. Ivan was immediately told he had AF. He says:

“I’d been experiencing an awful pounding in my chest that could go on for anything up to 14 hours and feeling tired and breathless.

“To be truthful I feel quite lucky. I know I have it and I’m on medication. Being aware of this condition is a huge advantage.” 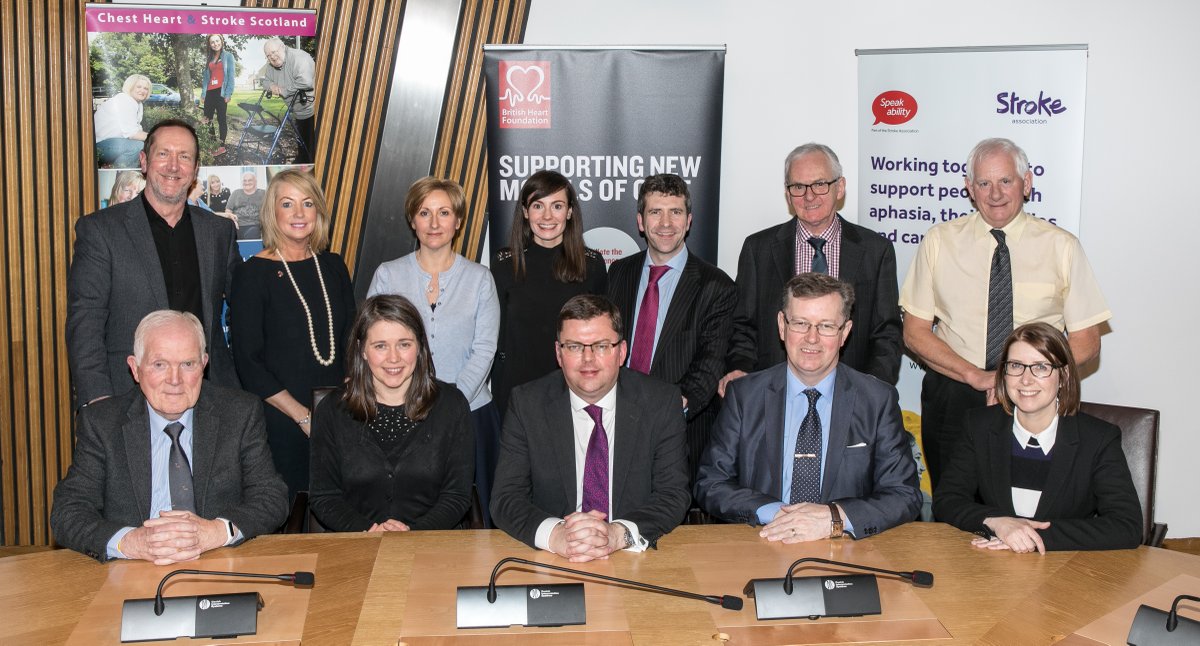