South Scotland MSP Colin Smyth has accused Royal Bank of Scotland of decimating their branch network in the south of Scotland following speculation that 62 of its branches were at threat of closure.

The closure list includes a number of branches that serve south Scotland including Annan, Gretna, Langholm and Lockerbie in Dumfries and Galloway; Biggar, Canwath and Douglas in South Lanarkshire; Dunbar and North Berwick in East Lothian, Duns, Eyemouth, Hawick, Jedburgh, Melrose and Selkirk in the Scottish Borders and Penicuik in Midlothian.

Colin Smyth said, “These closures would be devastating for staff at any time of year but in the run up to Christmas this news is downright cruel and my thoughts are very much with those employees who could be affected and their families. RBS say they will try to keep compulsory redundancies to a minimum but who are they trying to kid. They are decimating their branch network across the south of Scotland, so there are practically no alternative local branches for staff to move to and with more and more banks closing, opportunities in the industry are now few and far between. It is ironic that for customers in the area, their nearest Royal Bank of Scotland branches are in England”.

“RBS have been far from honest in this whole process. When I challenged them over the future of their Langholm branch recently when there was speculation it would close, they denied it. Now it faces the axe. In many cases this will be the last bank in a town or village leaving loyal customers high and dry. If we do not see Government action soon, there will be no banks left anywhere except in large towns and cities”.

“We need to see a change in the law that means when a bank is the last in an area, it cannot be closed without a full consultation with customers and then the final decision should be made by the independent Financial Conduct Authority. The Secretary of State for Scotland David Mundell and the UK Government have been asleep on the job, simply ignoring the crisis we are seeing on our high streets. It’s time for them to get a grip and for once be on the side of bank staff and customers, not banks’ profits.” 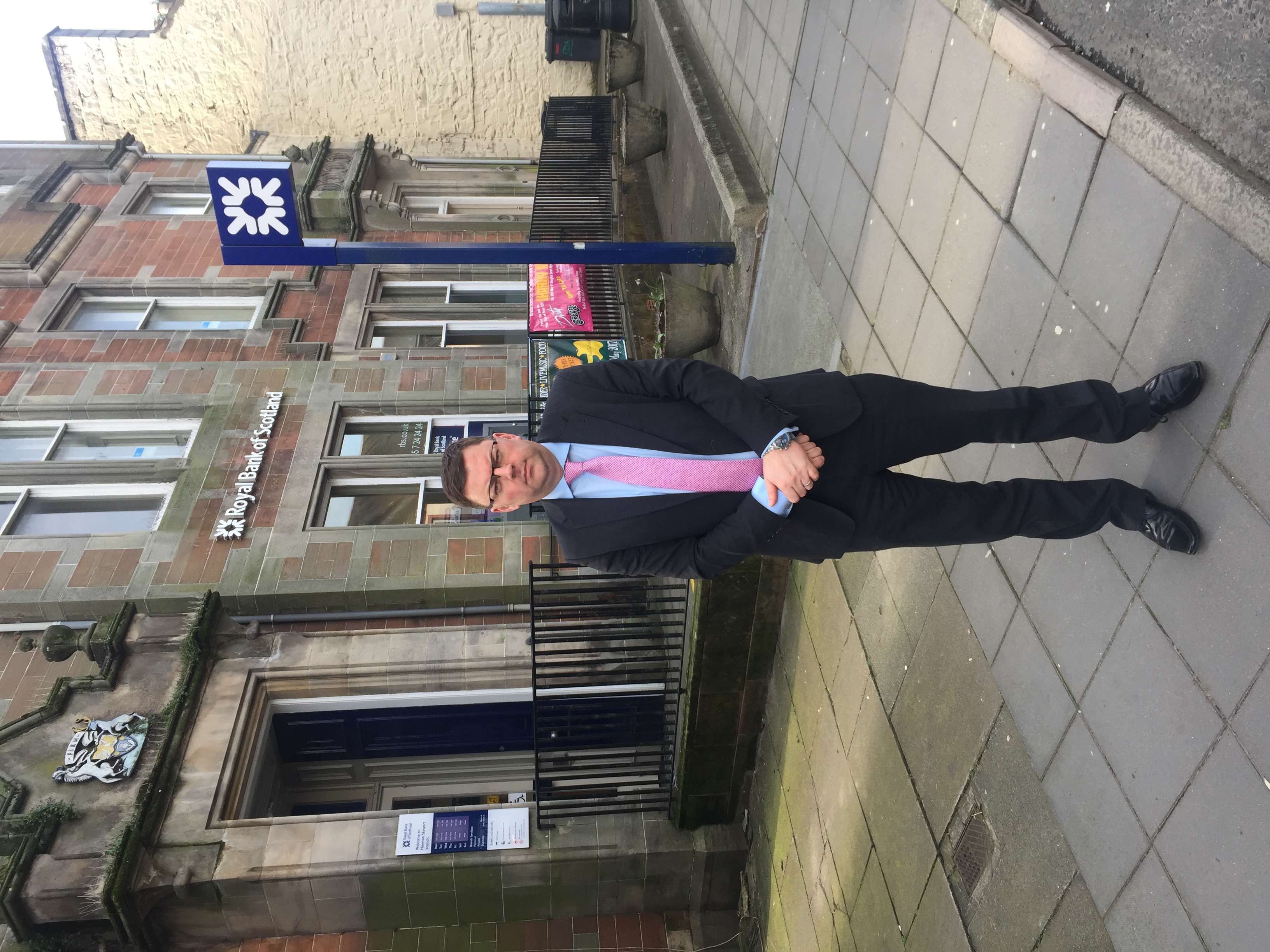