FAILURE TO DELIVER PHASE TWO OF DUMFRIES LEARNING TOWN “ON TIME” WOULD BE A HUGE BETRAYAL OF PUPILS AND PARENTS, SAYS MSP

South Scotland MSP Colin Smyth has warned that failure to deliver phase two of the Dumfries Learning Town Project at the agreed timescale would be a huge betrayal of pupils and parents in Dumfries.

The plan for phase two includes a North East Campus which will incorporate Dumfries High School, Noblehill Primary and Nursery School and a redeveloped David Keswick Sports Centre and running track at the Marchmount site; the development of a Central Campus that will redevelop Dumfries Academy and re-site Loreburn Primary School within the Minerva building and a new Laurieknowe Nursery and Primary school to be built on its present site.

Phase two was scheduled to be ready from 2021. However, a report to go before members of Dumfries and Galloway Council’s Children, Young People and Lifelong Learning Committee on the 30 November 2017 on the issue of changes to the policy on school enrolments states that “the funding model for Dumfries Learning Town Phase 2 -; involving the rebuild/refurbishment of two secondary schools -; has not been confirmed and the anticipated timeline has regressed”.

With current funding from the Scottish Government’s schools for the future programme now fully allocated, the local MSP is angry that the Government have still so far failed to announce when new funding will be made available to councils for school building programmes.

Colin Smyth raised the issue in Parliament with Deputy First Minister and Education Secretary John Swinney in September, who promised that the Government would “introduce new proposals to build on the success of the programme” and pledged that “options are being developed and we will announce details later this year”.

Colin Smyth has now written to the John Swinney urging him to clarify exactly when funding will become available and ensure that phase two of Dumfries Learning Town is prioritised in any funding allocation.

Colin Smyth MSP said, “It is fantastic to see phase one of the Dumfries Learning Town project coming to fruition through the building work at St Josephs College, the new North West campus and the Bridge Learning Hub. However, although the project was split into two phases, councillors were very clear that this was a single project and there would not be a two tier approach. A timetable was drawn up for both phases, albeit tentatively with a clear aim that while building work on phase one was being carried out, planning work for phase two would be completed. As soon as building work was finished for phase one, the aim was to start building work on phase two. The failure to get started and complete phase two in the next few years would be a huge betrayal of pupils and parents in Dumfries and that can’t be allowed to happen. I appreciate that without at least some Government funding, phase two would not be affordable. That’s why I have raised the issue with Education Secretary John Swinney. He needs to come clean and say exactly when we will see new funding for school building projects. The council then have to ensure this project remains a priority and set out clearly their allocation as part of their capital budget and let the public know what the exact timescale is, rather than simply make passing comments in council reports that it has slipped without any details.” 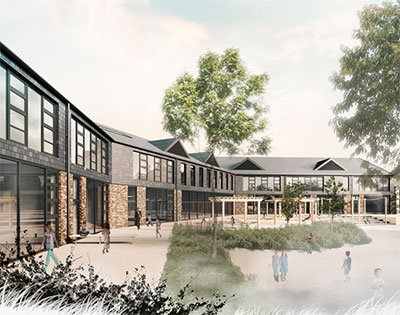