South of Scotland MSP Colin Smyth was out in Dumfries town centre today (25th September) supporting Shelter Scotland’s ‘Far from Fixed’ campaign which aims to raise awareness of homelessness in Dumfries and Galloway and across Scotland and calls on the Scottish Government to deliver a new National Homelessness Strategy.

The campaign comes at a time there has been a 20% growth in people who are homeless in Dumfries and Galloway.

The public awareness event aimed to highlight the reasons for homelessness and the many difficulty people have getting a home.

Speaking at the event Colin Smyth said, “Shelter Scotland do a fantastic job campaigning across the country highlighting the problems facing those without adequate housing and delivering lifeline services in our community. Every minute 19 a person in Scotland is made homeless and often it can be unexpected, caused by a crisis such as a relationship breakdown or the loss of a job.

Too often people in rural areas think it’s a problem for the big cities but the reality is in Dumfries and Galloway there has been a 20% rise in the number of people who are homeless. Issues such as access to social housing, cuts in welfare benefits and personal issues have all contributed to this.

I fully support the ‘Far From Fixed’ campaign and urge the Scottish Government to deliver that badly needed National Homelessness Strategy that considers how we can better prevent homelessness, support those who are homeless in particular those with multiple and complex needs, ensure that temporary homeless accommodation used is better quality and ultimately build more homes to tackle the scandal of homelessness.” 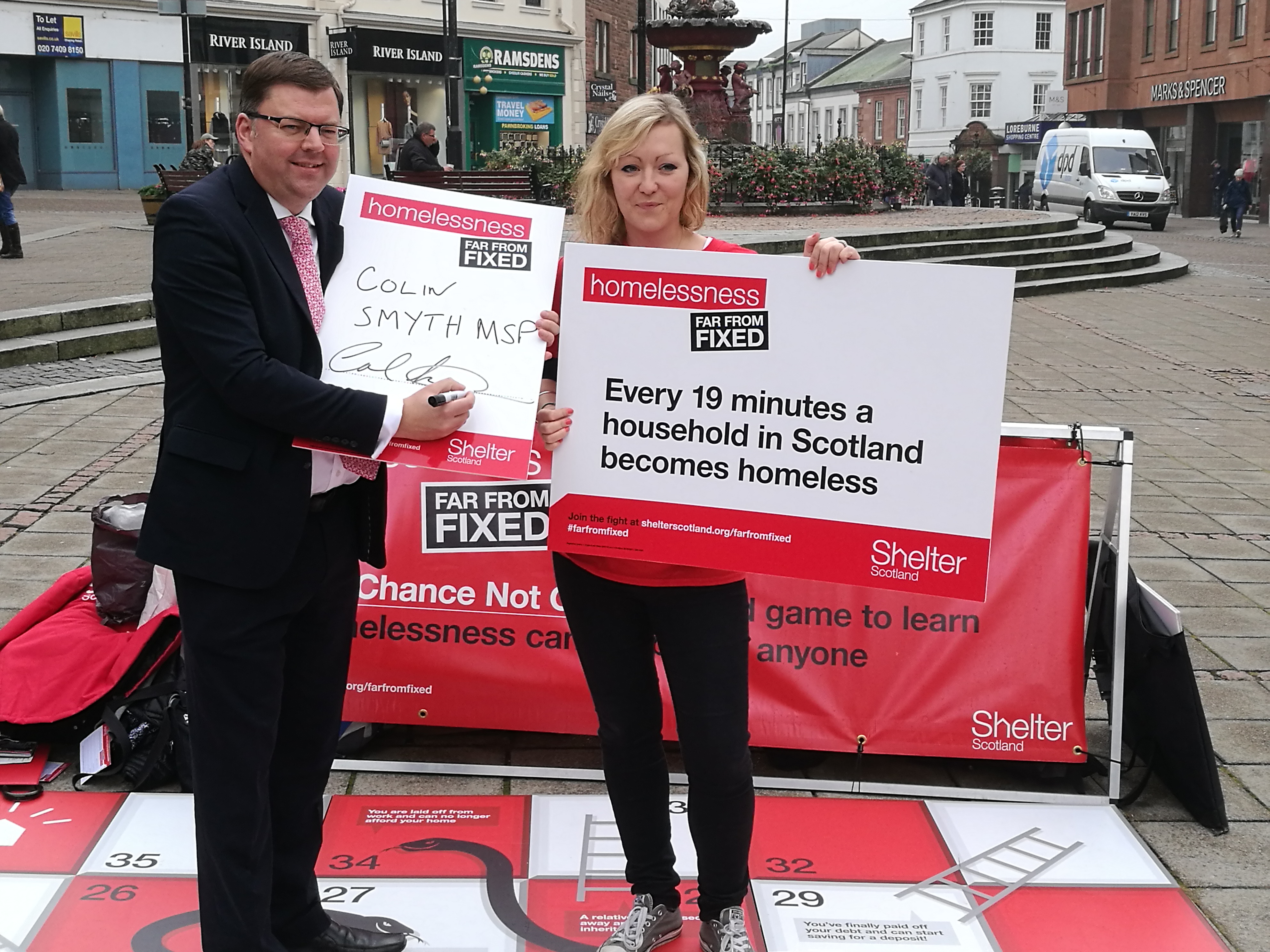 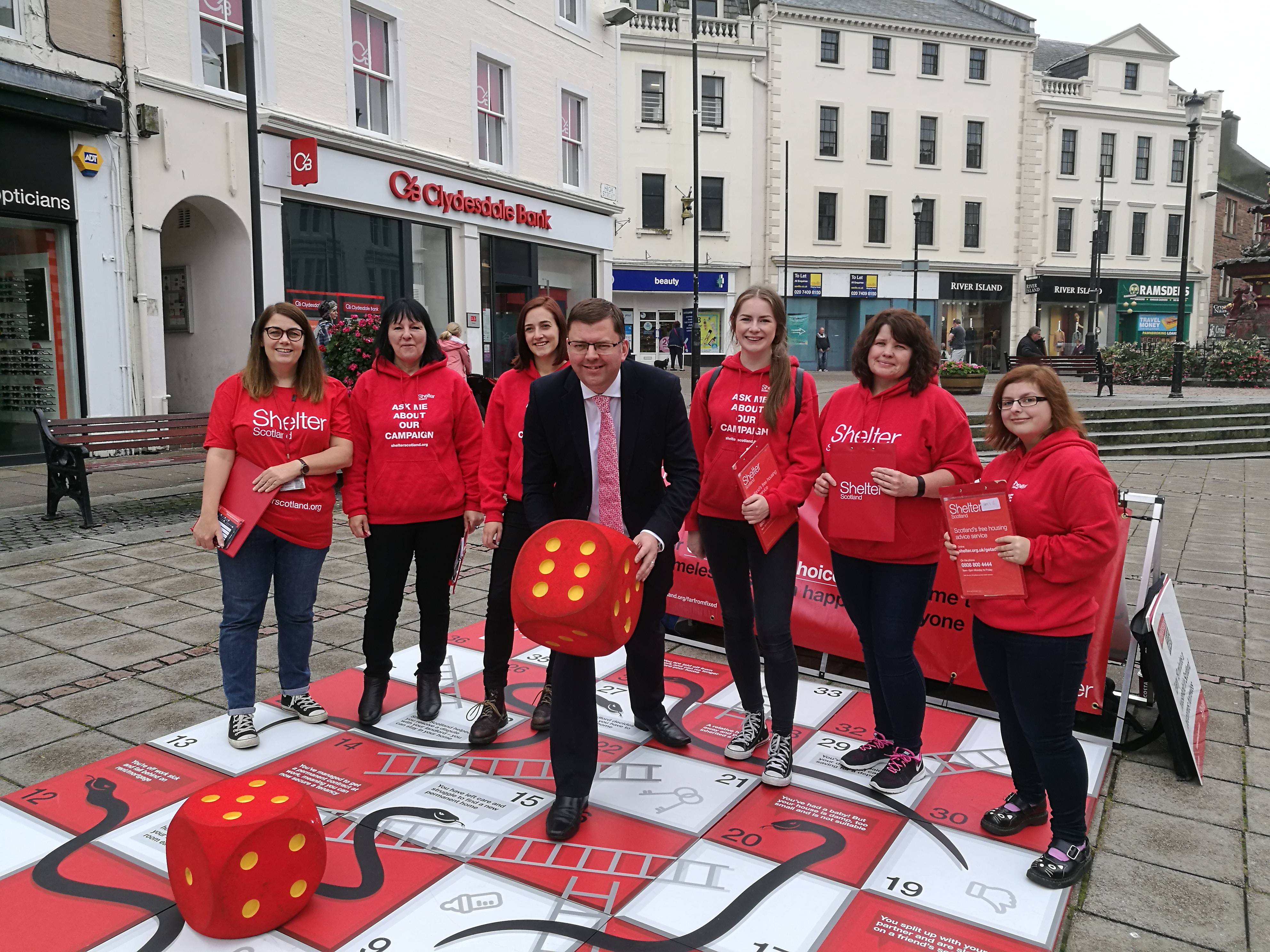