South Scotland MSP Colin Smyth was delighted to welcome his “local hero” John Caskie to the official state opening of the Scottish parliament at the weekend.

Last month, all 129 MSPs were invited to nominate a constituent who makes a positive difference to the lives of others -; often with little recognition – as their Local Hero.

On Saturday 2 July John, along with other Local Heroes came to Holyrood as part of the Scottish Parliament’s Opening Ceremony events to mark the start of a new parliamentary session.

– Her Majesty The Queen addressing MSPs in the Chamber.

– John and other Local Heroes taking part in the ‘Riding’ procession down Edinburgh’s Royal Mile, along with around 2,000 other participants in a colourful, historic tradition. The Riding will feature people from all walks of public life and local community groups, plus music and entertainment.

– Holyrood’s ‘Big Day Out’ -; a fun packed afternoon for all the family. With a programme that had something for everyone, the gardens and doors of the Parliament were open to all to explore, observe and participate in a full programme of events including a mini-Highland games, Music and Dance, Science and Nature, Art activities for Kids and much more.

“I was absolutely delighted to nominate John as a Local Hero and to welcome him to the state opening of the Scottish Parliament.  Together with my fellow MSPs, we wanted to celebrate the achievements of our Local Heroes across Scotland. One of the criteria in nominating your Local Hero was identifying someone who often works away quietly behind the scenes without any fuss and without seeking attention for themselves. That is certainly the case with John and one of the hardest parts for the Scottish Parliament was trying to fit into a single paragraph for the programme all of John’s considerable charity and voluntary work for the community which he has carried out for many years. John supports so many people in the local community -;young and old- and his work is an inspiration to others.”

“It was a marvellous day. I felt very honoured to have been part of it and enjoyed the great atmosphere generated by all who were there. All MSP’s were very friendly and talkative, it was also great to chat with other ‘Local Heroes’ and hear about the activities they are involved with in their respective communities. To have been part of a very special day in the Parliament and be part of the ‘Riding’ was an honour and one I will cherish for a very long time.

My thanks go to Colin Smyth MSP for giving me the opportunity to have been part of the day”. 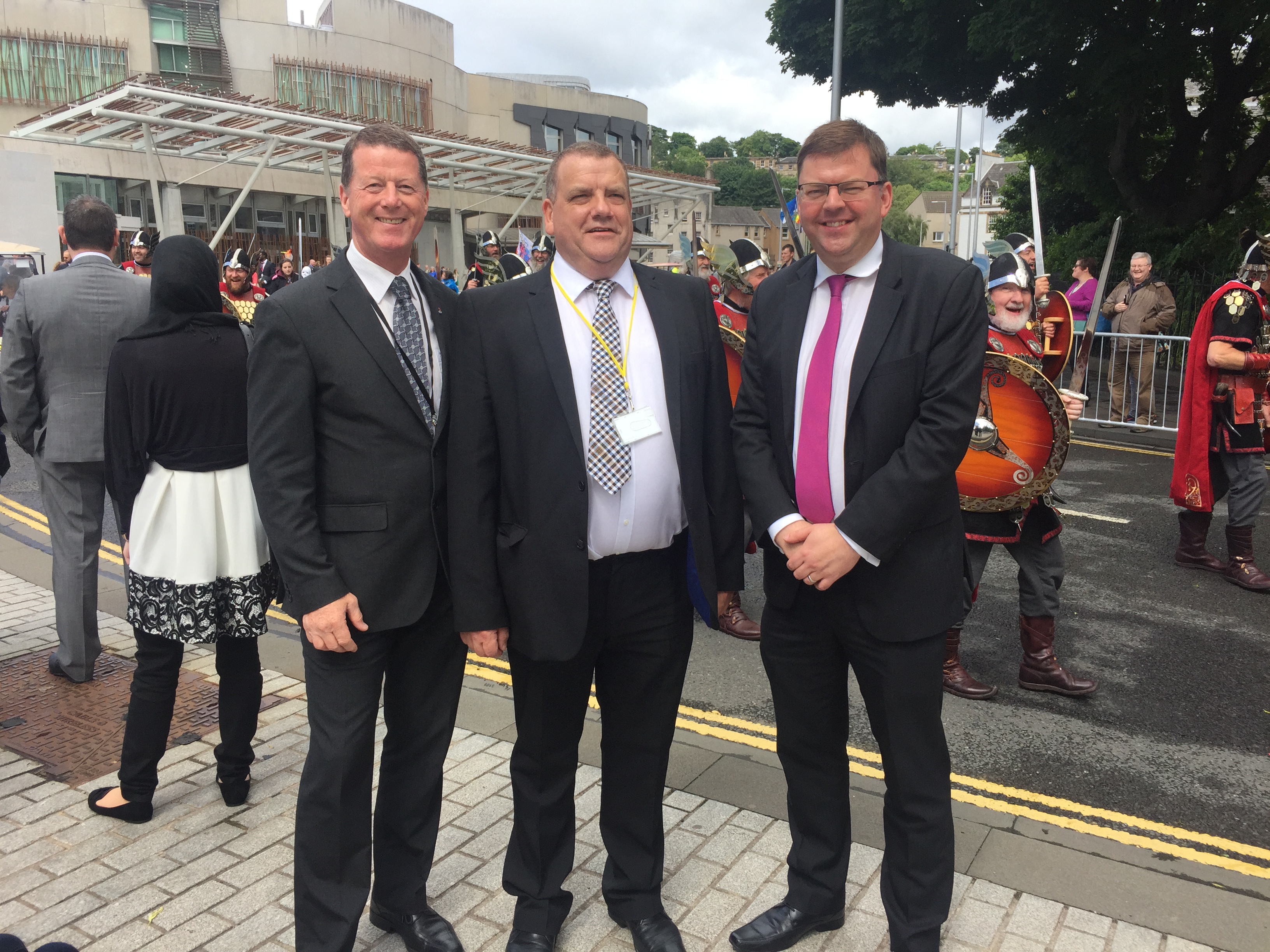 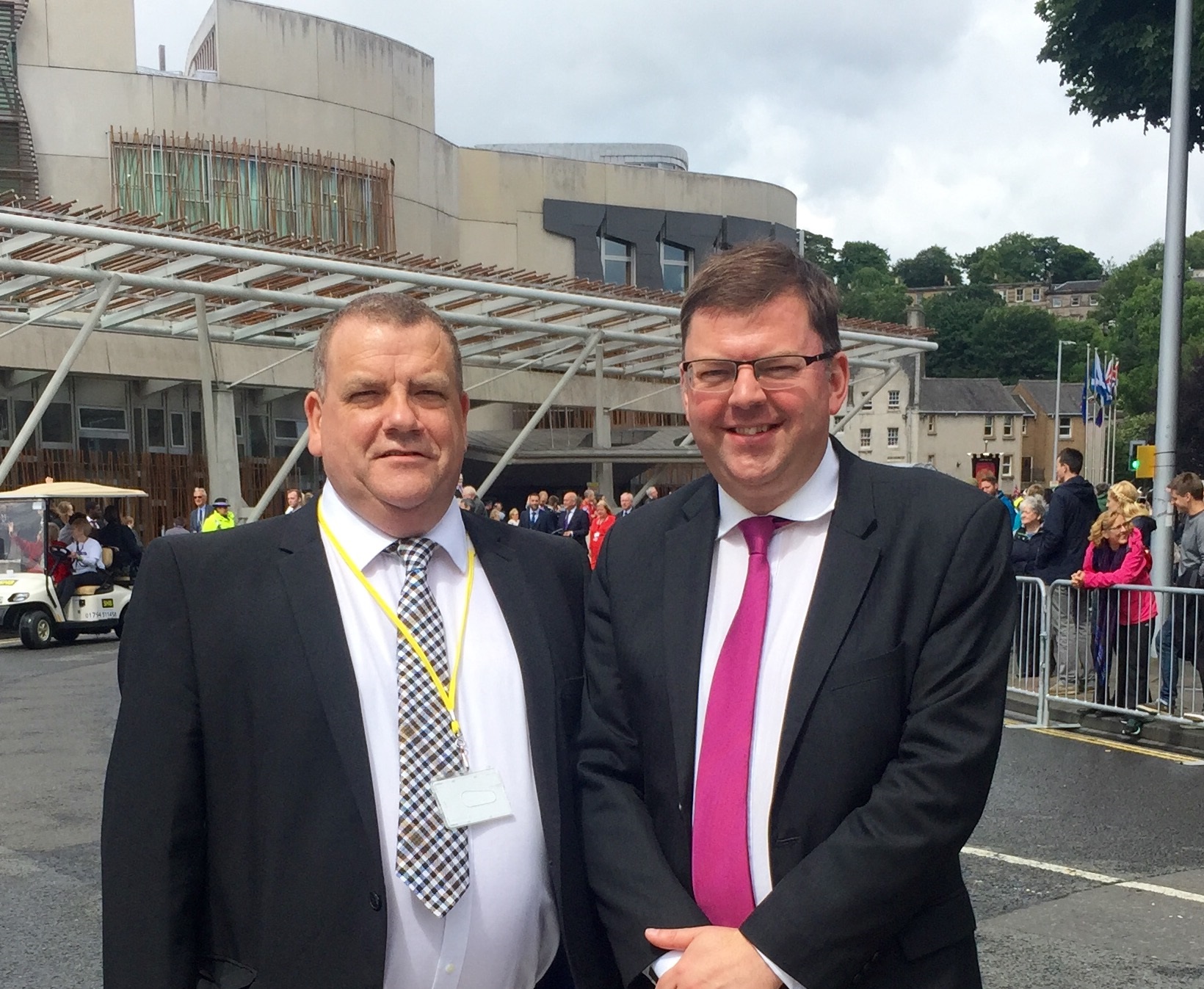