South Scotland MSP Colin Smyth has given his backing to a campaign by the Rail, Maritime and Transport Union (RMT) to ensure that there will always be a second member of staff on trains to deliver safety, customer service and access.

The MSP was a guest speaker at a public meeting held by the RMT in Dumfries last night (25 August) .

“This dispute isn’t the RMT trying to get better pay or conditions. In fact their members have already lost ten days pay due to strike action. It’s about fighting for safer trains for the public”.

“Having driver only trains would mean in practical terms thousands more rail journeys would take place in Scotland were the only member of staff on a train was the driver. That raises safety fears , with 82% of women saying in a recent independent survey that they would be worried about safety, especially at night, travelling by train alone if there was no second member of staff and just the driver. It would also disadvantage the disabled who wouldn’t have someone to help them board and leave a train, particularly given the fact that 70% of ScotRail stations aren’t staffed including a number in Dumfries and Galloway. The travelling public are reassured when there is a guard on a train who is looking after safety and is there should there be any incidents on the train. Moves to axe guards from many trains by ScotRail are simply another example of why having our rail services in private, instead of public hands is wrong. We should have a railway system that puts people before profit”.

“I will be urging the Scottish Government to stop ignoring this dispute and intervene now to end the industrial action by agreeing to the sensible proposal from the RMT to convene a working group of the Government, Abellio Scotrail, passengers groups, disability groups and the unions to work together to find a solution . In the meantime, I’ll be joining local RMT members when they lobby the Scottish Government at the Scottish Parliament on 8 September ahead of First Minister’s Questions”.

NOTES TO THE EDITOR:

Further details of the RMT campaign by be seen here: 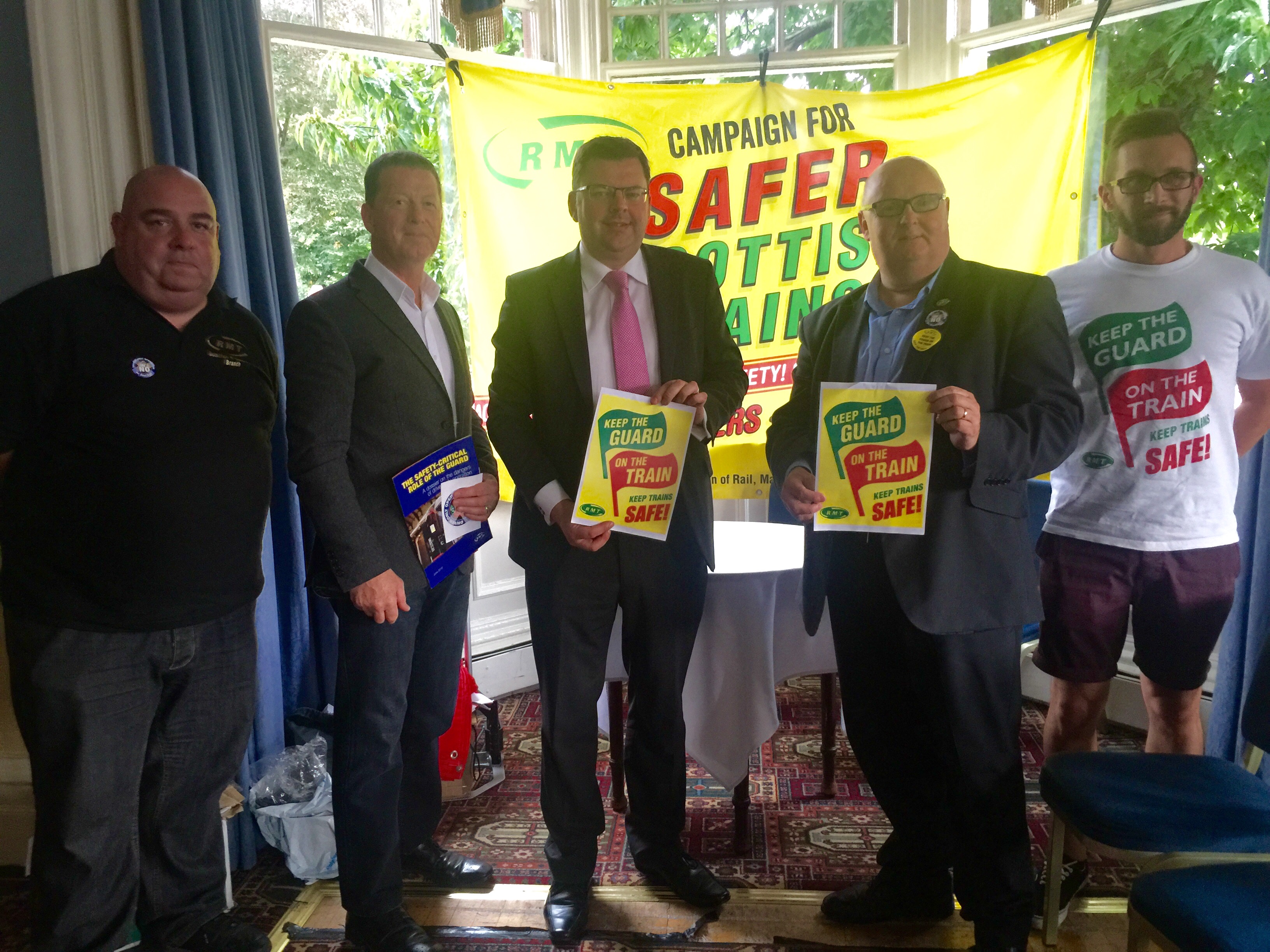