Age Scotland have launched a new campaign to encourage people to get active.  The campaign, entitled Let’s get moving!, is about encouraging older people to get active by telling the stories of what people, from right across the country do to keep active. To get the ball-rolling, Age Scotland launched the campaign at the Scottish Parliament and asked MSPs to tell us what they do to keep active.

“We all know that we could do with getting more exercise, indeed, in a recent survey the charity conducted, we found that only 55% of respondents were getting the recommended minimum of 30 minutes of moderate exercise five times a week.”

“Instead of telling people off for not doing exercise, Age Scotland is taking a different approach and telling the stories of what people do to keep active and why.  We’ve heard from 81 year old ladies who can plank for a minute, grandads taking part in Walking Football and hundreds more and by telling these stories, we hope to inspire more people to get moving!”

“I really commend Age Scotland for their campaign and wish them success in helping to get people active.  Staying active doesn’t need to be about running marathons. It can be as simple as getting out for a good walk. The benefits of even simple activity can never be overstated. A reduction in illnesses such as Type 2 diabetes, heart disease and high blood pressure will not only be a benefit to reducing pressure on the NHS but will also help to improve the quality that people have in later life”.

The campaign will be running until March where Age Scotland will be announcing the results of their Coastline Challenge.  The challenge is designed for older people to travel both the literal and figurative distance of Scotland’s coastline.  The charity is encouraging their 1000 member groups to take part in any activity and measure the distance travelled by the group.  The total distance of the Scottish mainland is 6,160 miles and whether you can walk a few miles of actual coast, or contribute mileage covered from a local group, all the extra activity you can get will be very beneficial.

To get involved in the Coastline Challenge, contact fundraising@agescotland.org.uk.

NOTES TO THE EDITOR:

Age Scotland is keen to work in partnership with the Scottish media in order to continually raise awareness of issues which concern older people, their families and those who care for them.  The Charity provides a seven day a week response to media enquiries with a press telephone line: 07801 500 663

This service is available 8am to 8pm daily, including weekends.

Age Scotland, part of the Age UK family, is an independent charity dedicated to improving the lives of older people in Scotland. 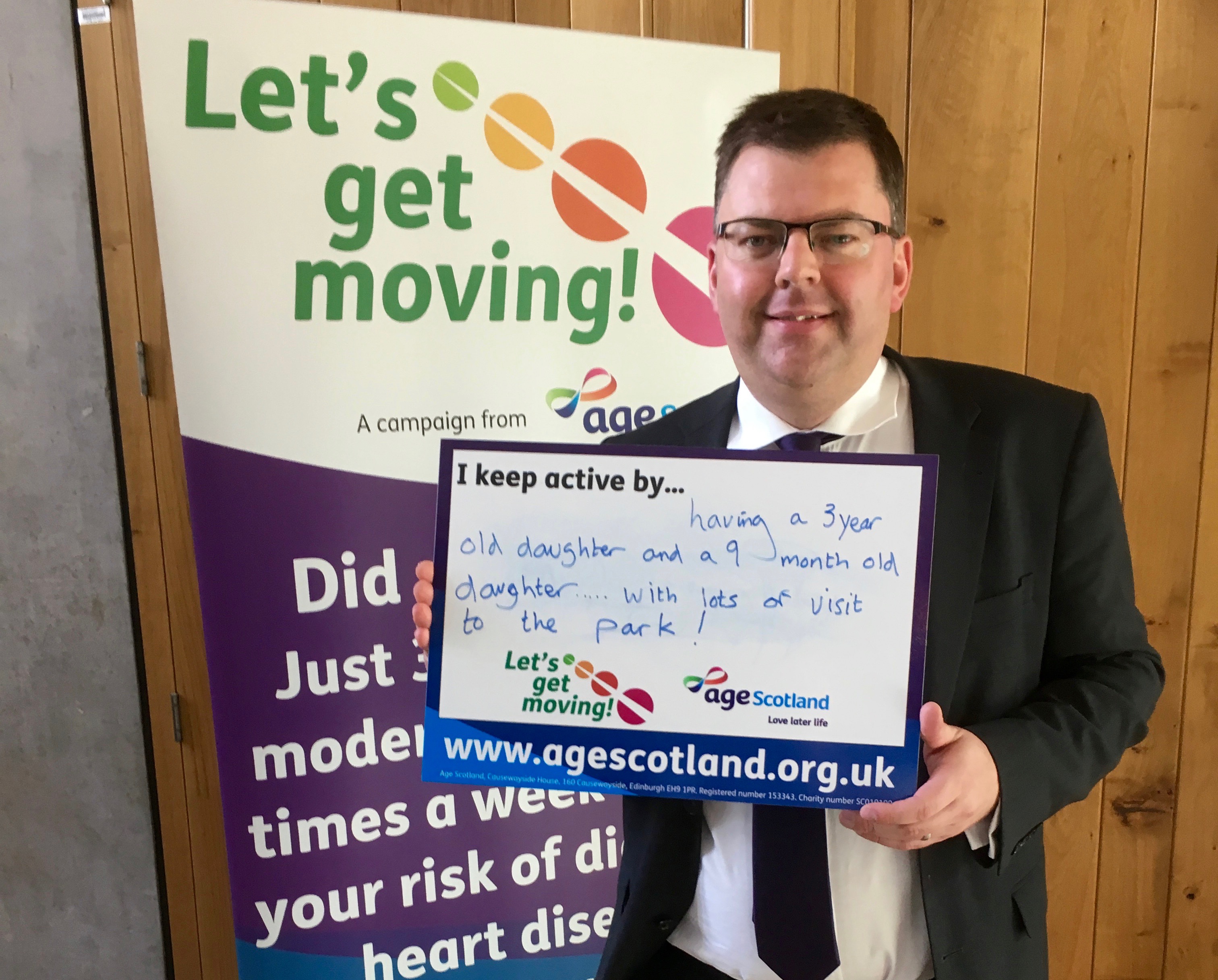