South Scotland MSP and Shadow Health Minister Colin Smyth has echoed warnings by the Royal College of Nursing that figures published by the Scottish Government today (29 August) on the projected number of NHS staff show that staffing levels for the year ahead won’t meet growing demand.

The report ‘NHS Board Projected staff in Post changes for 2017/18’ reveal in the South of Scotland that there will be no increase in staffing levels in the year ahead in Ayrshire and Arran Health Board, an increase of just 25.2 FTE (1%) in the Borders, 55 (1.6%) in Dumfries and Galloway and 27.7 in Lanarkshire (0.3%).

The figures prompted the Royal College of Nursing to claim that staffing levels would not meet growing demand in the NHS and pointed out that the report notes that the projections may include current vacancies which health boards hope to fill during the year, rather than extra posts. As a result, the projected increases may be due simply to these gaps being filled, which would not result in a change to health board’s overall staffing establishment.

Echoing the RCN’s concerns Colin Smyth said, “Our hard-working NHS staff are under more pressure than ever before because of Government cuts and we can see this impacting on patient care with growing waiting lists. There is little doubt that we face a workforce crisis across local health boards and the fact that the RCN has warned that staffing levels won’t keep up with demand is deeply worrying. The way the Scottish Government has handled workforce planning in the NHS is utterly shambolic and means local Health Boards have a real recruitment and retention crisis. So no matter what the staff projection is for the year ahead, there is no guarantee the posts will even be filled and every chance many won’t be”.

“Scottish Labour has set up an NHS workforce commission, consisting of independent experts and staff representatives, which will consider how we can provide solutions to the chronic staffing shortages our NHS faces and build a health service that meets our needs in this area.”

Photograph shows some of the Annan Play Park Steering Group members with Colin Smyth touring some of the possible sites for an inclusive play park in Annan. 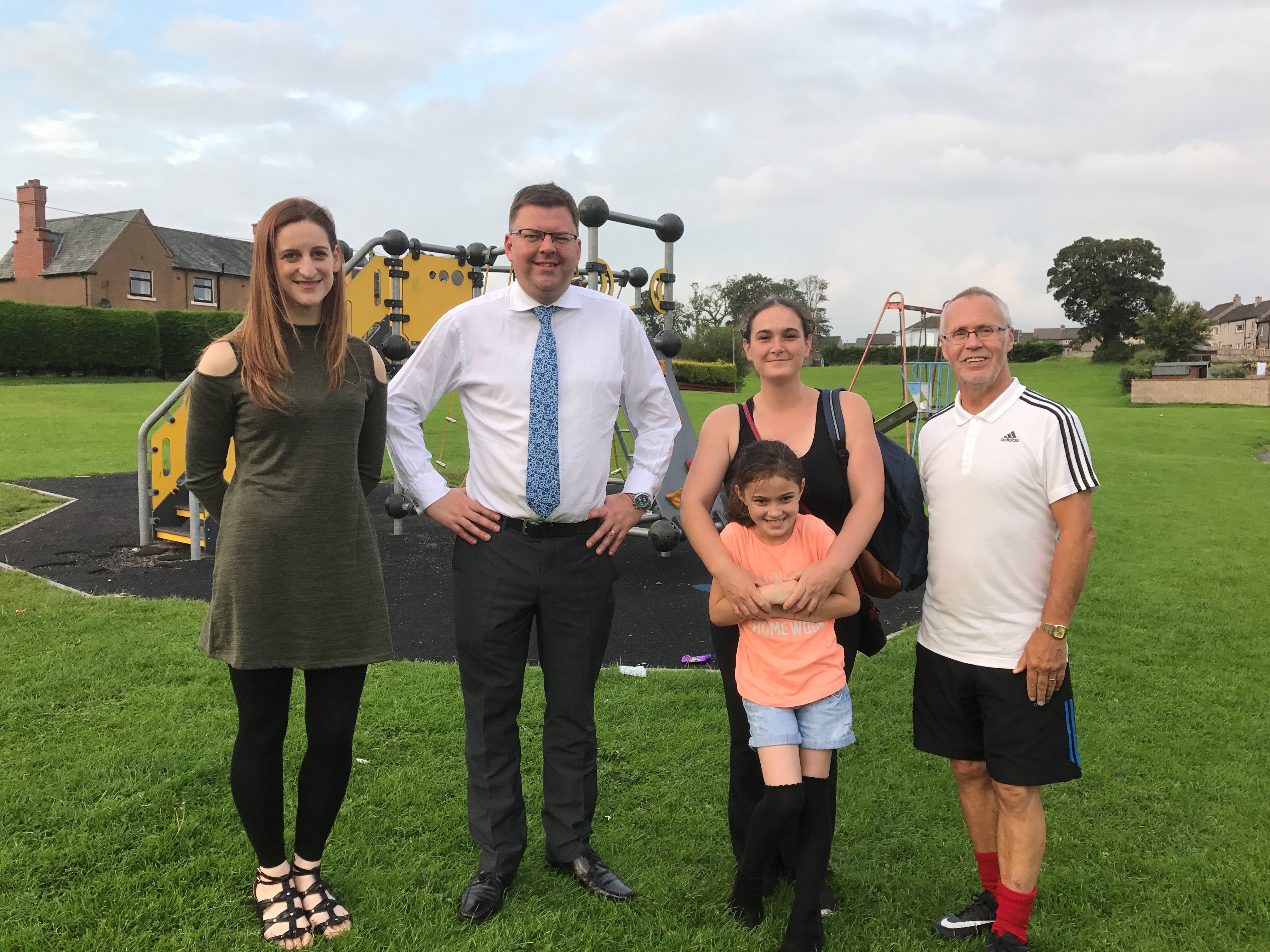