South Scotland MSP Colin Smyth has accused Transpennine Express of “blatant discrimination” against Lockerbie railway station passengers after it was revealed the company have imposed a ban on passengers travelling from Lockerbie to Edinburgh being able to book advance seats on busy trains.

The “block” on seat reservations for journeys of around and hour or less has been introduced by the company on the Manchester-Edinburgh service due to overcrowding on busy services during the Edinburgh Festival.  Although passengers travelling to Edinburgh on the service from EVERY other stations from Manchester can book seats, including from Carlisle just 20 minutes from Lockerbie, passengers cannot now book seats on busy trains from Lockerbie to Edinburgh because the journey is around an hour or less. Likewise passengers travelling from Edinburgh can book seats to any other station on the service to Manchester EXCEPT those getting off at Lockerbie.

It is the latest revelation in the appalling service from the rail company for Lockerbie passengers and came to light when angry passengers contacted Colin Smyth after he highlighted last week the problem of chronic overcrowding on services to and from Edinburgh from Lockerbie during the Edinburgh Festival.

Colin Smyth MSP for the South of Scotland said:

“This latest revelation about the second class service for passengers from Lockerbie station by Transpennine Express is truly shocking. After I highlighted the failure of the company to put on additional carriages during the Edinburgh Festival to deal with the chronic overcrowding, I have received even more phone calls and e mails from angry passengers welcoming my calls for the UK Government to get a grip and intervene because of the appalling service they had suffered”.

“Several passengers highlighted even more problems including the fact the company are now banning passengers from booking seats on busy services from Lockerbie to and from Edinburgh. Transpennine Express have been far from open with passengers in admitting the introduction of a ban on seat bookings on busy trains during the festival when a journey is around one hour or less. This means that if a passenger is travelling to the Scottish capital on this service, the only station they are banned from booking a seat from is Lockerbie . If they were travelling from Carlisle just 20 minutes further south there seems to be no ban. Frankly, that is blatant discrimination by the company. Instead of putting on extra carriages, Transpennine Express deal with appalling overcrowding faced by passengers from Lockerbie by telling them they have to stand when other passengers don’t because they can book seats. One of the several passengers who contacted me elderly and simply couldn’t manage standing all the way to Edinburgh but was basically told by Transpennine Express that if they were lucky someone might give them a seat”.

“The company need to come clean and firstly admit they have introduced this ban and come up with a plan to get rid of it. Their response to overcrowding to date has been a disgrace, simply saying that at some point during 2019 they will have some new trains. That means we can expect this ban to be put in place again next year during busy periods such as Christmas and the festival and that simply isn’t good enough”

“UK Government Minister’s David Mundell and the Transport Secretary Chris Grayling also need to come clean and explain whether this shocking ban on seat bookings for Lockerbie passengers is acceptable under the franchise agreement the UK Government awarded the company and if it is then they need to tell Lockerbie passengers why they allowed this to happen on their watch.” 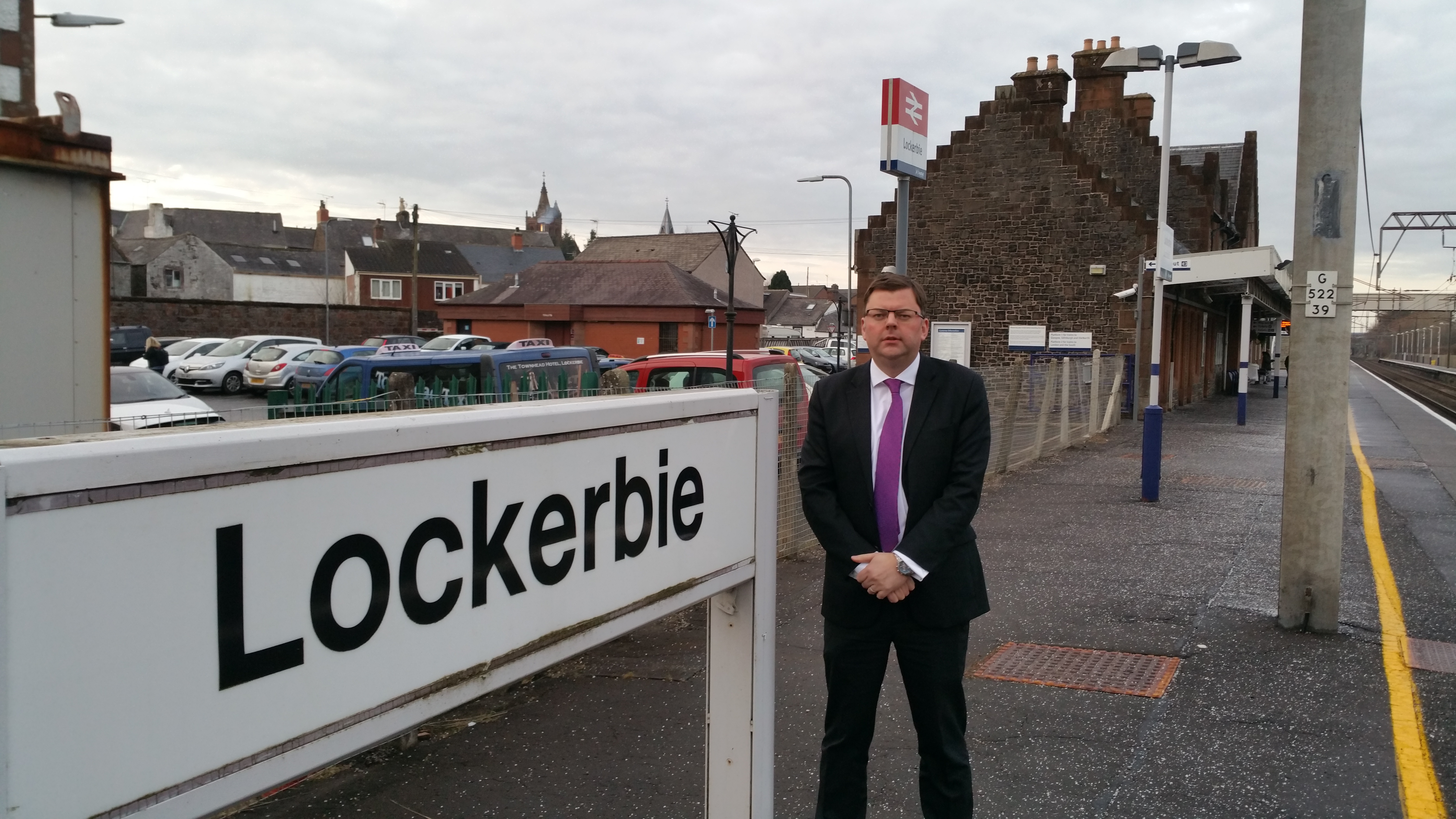