South Scotland MSP Colin Smyth and Annandale South Councillor Sean Marshall have urged Dumfries and Galloway Council and Scottish Water to work together to tackle flooding problems in Annan and Eastriggs after flash floods hit the area on Saturday 22 July.

The call comes after Colin and Sean met with residents in the Charles Street area of Annan this week to discuss the impact of Saturday’s heavy rain which led to some of the worst flooding in the Newington Park area. Local residents and volunteers joined firefighters to battle the flood water and stop it entering homes in the area- a known problem location for flooding.

However, following discussions with the Council and Scottish Water, the local politicians are hopeful that a solution to the problems can be found. Colin and Sean asked the council to inspect all water surface drains in the worst affected areas and remove any silt and blockages. Inspections of drains have taken place in Annan and Eastriggs but the local politicians want a commitment to a clear programme of regular inspections and cleaning. With Newington Park identified as the preferred location in a local survey carried out by Dumfries and Galloway Council for one of three new flagship fully inclusive playparks for the region, Colin and Sean are confident that further work will be carried out by the council to tackle any flooding and drainage problems in the Park as part of any development plans.

Colin and Sean have also urged Scottish Water to press ahead with building an additional underground water holding tank in Newington Park, which would hold the excess water during heavy rainfall and avoid it running in the direction of nearby homes. The company have identified this as a possible long term solution for the area. They are currently carrying out a full investigation into the recent flooding which is likely to take several weeks to conclude and will include detailed site investigations, survey work and interviews with local residents affected. The findings will be reported to residents and local politicians once completed.

“It is clear from speaking to residents that there is frustration in the Newington area that more wasn’t done four years ago when the area was hit by similar flooding. Although residents were provided with flood protection measures for their homes by Scottish Water, the recent flash flooding still saw water pouring into back gardens before going under houses to the front of the properties. Residents really had to battle to stop the water getting into their homes. They are living in fear that they won’t be so lucky next time and another flash flood could cause massive damage to their properties and that’s just not acceptable. It’s therefore vital that the council and Scottish Water work together to find a solution. I know a number of options are now being considered, including Scottish Water building an additional underground water holding tank in Newington Park. This would be a significant investment, but it is one that is badly needed and Sean and I will be pushing for this to be done. Although the Newington Park area was one of the worst hit, the flooding affected a number of other areas, so it’s vital that the council has a rigorous programme of inspecting and cleaning drains to mitigate as best they can events such as this. It is certainly clear from visiting a number of areas that some drains aren’t being cleaned as often as they could be and these have been reported to the council.”

“I have been in discussions with both the Council and Scottish Water to look at what actions can be taken to ensure that residents in Eastriggs and Annan don’t have to live with the threat of their homes being flooded whenever we have a major flash flood like this.  The Council have been told they need to ensure they minimise the amount of surface water that goes into the combined sewer network and to ensure all the drains are operating efficiently, whilst Scottish Water need to make the necessary infrastructure improvements in the Eastriggs and Annan systems to ensure no-one is subjected to their home being flooded and the upheaval this brings.  Once firm proposals are developed by Scottish Water and the council for any improvements, Colin and I will be holding a meeting with local residents to ensure they are kept fully up to date. We are determined to tackle what is a really unacceptable situation for local residents”. 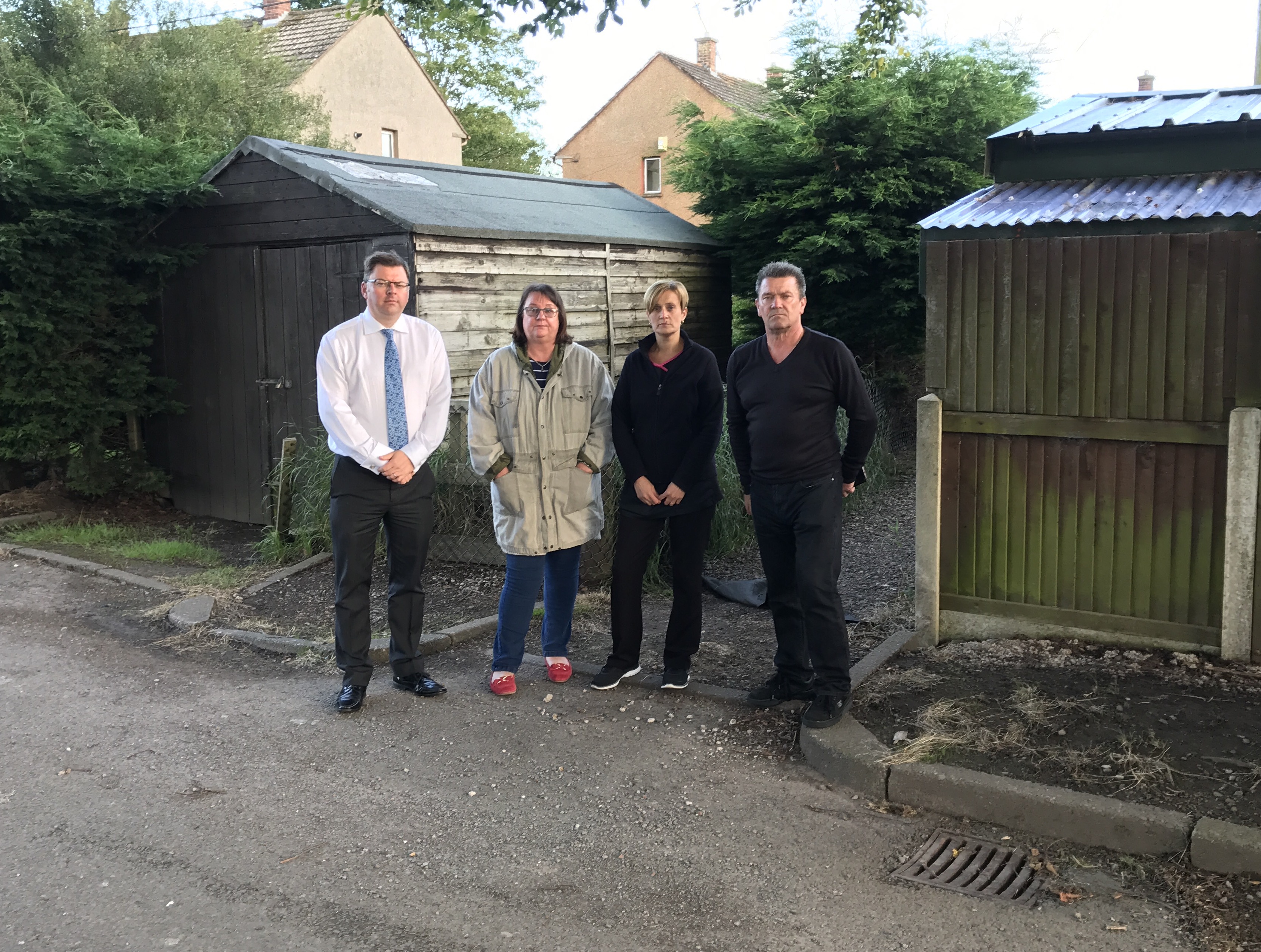