South Scotland MSP Colin Smyth has criticised plans to axe the dental clinic in Lochside as part of the latest NHS cost cutting.

The comments come after NHS Dumfries and Galloway’s Performance Committee agreed this week to recommend to next month’s meeting of the Health Board (7 August) that closure should go ahead following a recent consultation. The issue will also go to a meeting of the new Integrated Joint Board on 27 July, who have the power to oppose the closure if the closure goes against the IJBs strategic plan. 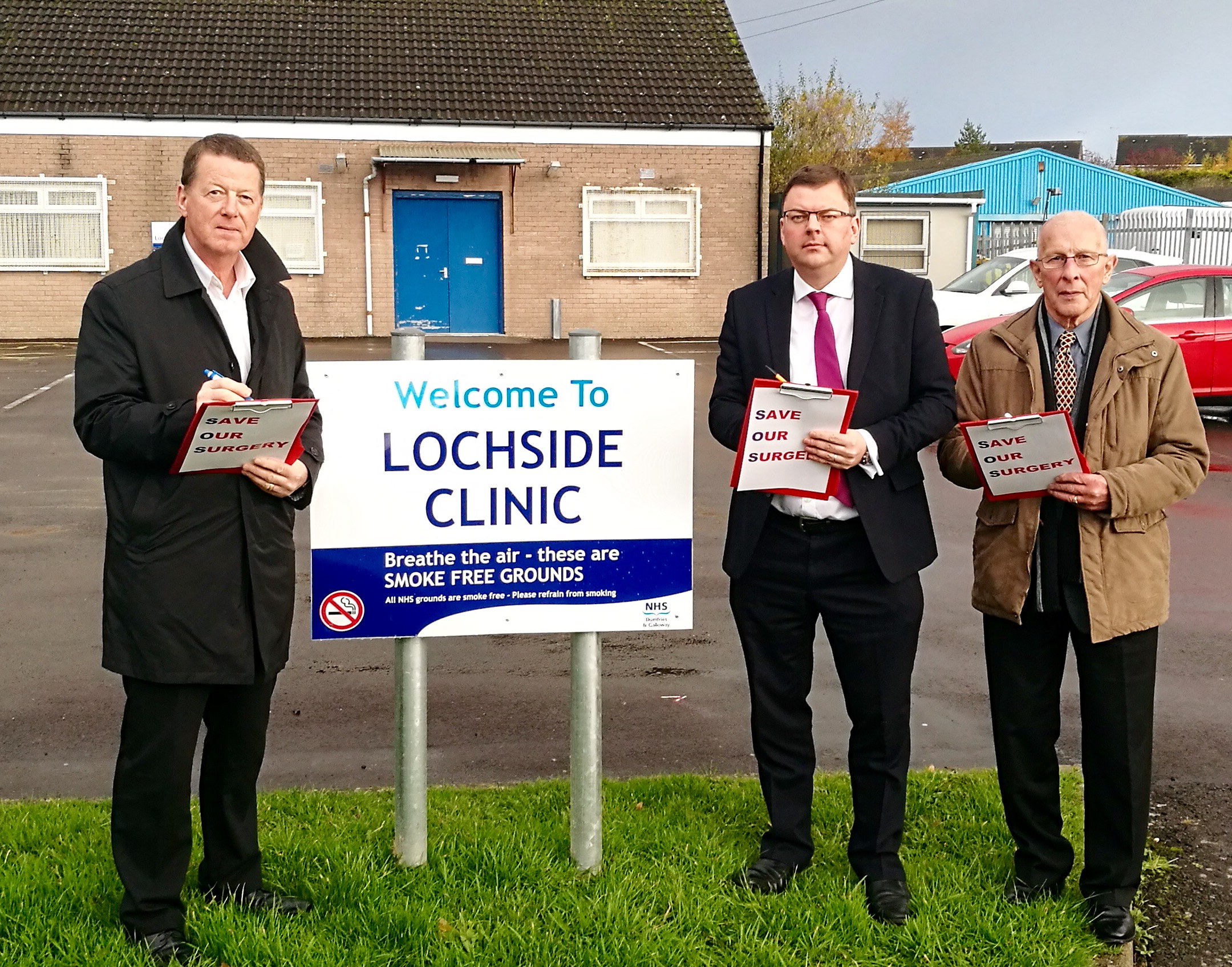 Spending cuts by the Scottish Government mean that NHS Dumfries and Galloway are looking at a range of ways to plug a funding gap of over £20m. The Lochside clinic is provided by a salaried dentist employed directly by the NHS. This model occurred more often in recent years when more and more private clinics stopped providing treatment for NHS patients in the area. Most dentists locally are private clinics that register NHS patients, which the clinics bill the NHS for.  The Scottish Government encourage the latter model, which is one of the reasons the Lochside clinic is up for closure.

However, Colin Smyth believes the closure plan for the Lochside clinic will save “pennies” as patients will still have to go to elsewhere for treatment which will still cost the NHS.

The local MSP believes the closure plans are flawed and accused the NHS of running down the clinic on Shirley Road by not taking on new registrations over the past four years in a bid to justify closure. He believes that if registration was opened up at the clinic, local people would choose to get dental care there but the community have been unable to register to use the clinic since 2012.

“I know the NHS locally faces the daunting task of having to make cuts of over £20m due to a lack of funding from the Scottish Government, but the plan to close Lochside Dental Clinic is fundamentally flawed. Not only would it only save pennies, it reduces health care in the very communities we should be encouraging more provision. It isn’t helped by the Scottish Government not only failing to provide the funding our local NHS needs but encouraging the use of private practise over salaried NHS practises. the use of salaried dental practises. The NHS board and Integrated Joint Board should dump this closure plan and re-open registration to allow the local community to access dental care within their community.”

“What is so flawed about this proposed closure is the fact that registration for the Lochside clinic has been closed for the past four years in what is an attempt to run down the service in one of our most deprived communities. There has been a clear move to make it look as if people from the area aren’t using the service when the reality is they have been prevented from doing so. I would therefore urge local people to write to the health board and members of the integrated joint board and encourage them to vote to reject this closure”