South Scotland MSP Colin Smyth has called for urgent action to be taken to make the site of the old Interfloor factory in Heathhall safe, after fears were raised by concerned local residents. 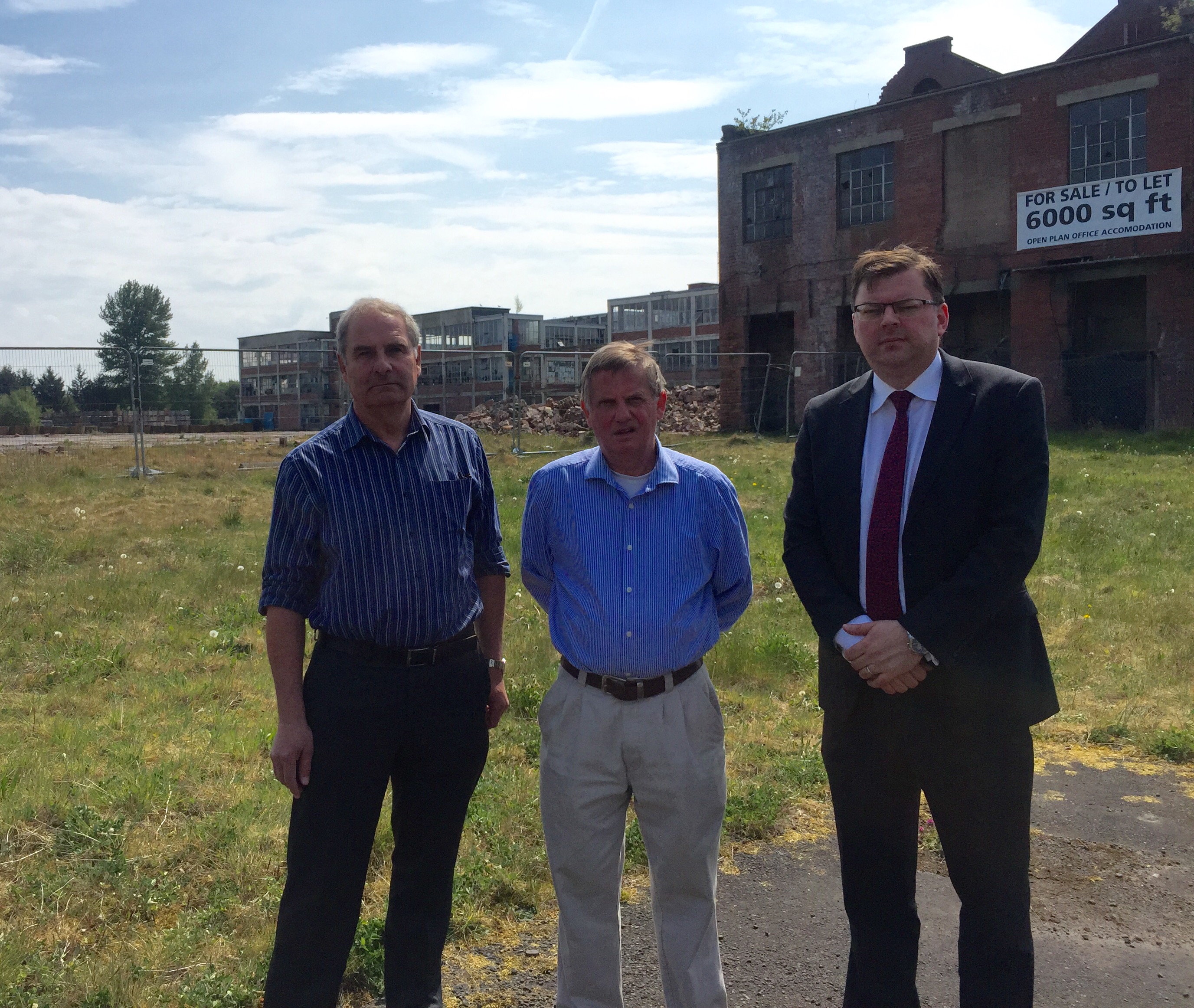 The historic site was built in 1913 as the home of the Arrol Johnston car factory but closed its doors as a factory 100 years later in 2013 when it was the short lived home to Interfloor.  Since then it has been bought by a family in England who had announced big plans for the former-factory, but instead have let it to run into a state of serious disrepair.

In recent months there have been two fires in the old factory and concerned local residents have raised concerns over the state of the factory with local MSP Colin Smyth, including highlighting break ins to the dangerous site by a number of young people.

Colin Smyth MSP met with local resident, Brian Little who worked at the factory for 33 years,  along with Lochar Councillor Jeff Leaver this week to visit the site and see the poor condition of the factory first-hand. The local MSP has written to the current owners to urge them to better secure the site.

“The way the site was pretty much abandoned by Interfloor was bad enough but the owners have simply left it to fall into serious disrepair.  This was a truly iconic factory -; at one time the workplace of thousands of local people – producing cars then laterally Hunter welly boots. It is bad enough it is being left to rot and become an eye sore, but the lack of proper security means it is fast becoming a potential death trap”.

“You only have to look in through the broken windows to see the amount of industrial rubbish that’s been left behind.  We just don’t know what kind of chemicals are in there and I am seriously concerned about the continued fire risk that this poses, not to mention the safety of parts of building itself”.

“I have written to the owners of the site asking them to urgently make the building secure. I will continue to work closely with local Councillor Jeff Leaver and local residents to try and improve the condition of the area. However, the fear we have is given the condition of the building and the fact that it will no doubt have suffered from years of industrial pollution, it could sit like this for many years as there is currently no prospect of anyone either demolishing it or refurbishing the site soon”.

“I worked in this factory for 33 years and it is just so sad to see the state of it today.  I live locally and walk my dog in the woodland around the site. However, the amount of rubbish lying around means that I won’t be able to do this for much longer.  There have been multiple instances recently of young people getting into the building through the broken windows and the gaps in the fences. I would dread to think of the consequences if anything were to happen to them in there.”

Lochar Ward Councillor, Jeff Leaver, who has raised fears over the safety of the factory with the council, added:

“This is a huge site which has been left to go to ruin.  There are gaps in the security fences and the broken windows leave it an open target for people gaining access to the site.  I know that the local police are aware of the matter and monitoring reports of intruders on the site.  Ultimately the responsibility of securing the site is up to the owners and they need to take serious action to make this area safe for local residents. However, I have raised the issue with the council because it may be they will need to take some form of enforcement action if the site isn’t secured”