South Scotland MSP Colin Smyth has criticised the Cabinet Secretary for the Environment, Roseanna Cunningham for her dismissive attitude towards the campaign for a Galloway National Park, after she claimed during a recent Parliamentary debate that the Government couldn’t afford to establish a national park in Galloway- despite having never costed the plan. 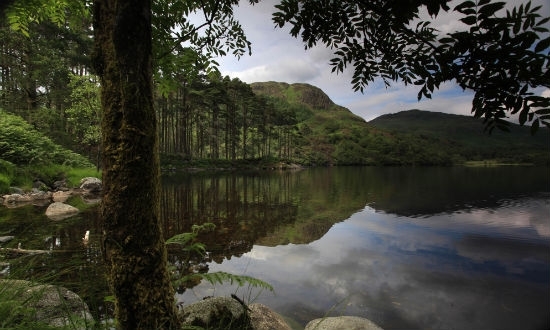 Colin Smyth was commenting following a member’s debate in the Scottish Parliament in which he set out arguments in favour of a Galloway National Park, covering parts of Galloway and South Ayrshire.

Speaking during the debate Colin Smyth said, “Galloway National Park Association believe that a new Galloway National Park could attract between 250,000 and 500,000 new visits each year and £30 to £60 million per annum of additional spending in the short term for the local economy, as well as helping support or create between 700 and 1400 additional jobs.

I hope therefore that the Scottish Government will recognise that not only is there a Parliamentary majority in support of new National Parks- but a compelling case and growing public support for that case.

However, in response Roseanna Cunningham MSP, the Cabinet Secretary for Environment, Climate Change and Land Reform said the Government had no plans to designate new national parks in Scotland due to the cost, although did not completely rule out new parks in the future.

“It’s 17 years since the Scottish Parliament passed legislation that led to the establishment of the Loch Lomond and Cairngorms National Parks. They have provided the type of economic and environmental boost to their areas that Galloway so desperately needs. It was therefore disappointing that Roseanna Cunningham appeared to just dismiss efforts by the community to get the same benefits the Government are happy to fund elsewhere.  To say that it would be too expensive to set up a National Park when the Government hasn’t even worked out the costings, never mind considered the income it would bring to the area was pretty shameful.”

“However, the door wasn’t completed closed on the idea and the campaign isn’t going to stop because of this. The Government needs to wake up to the fact that they don’t have a majority in the Scottish Parliament and a majority of MSPs support establishing new national parks. More importantly they need to understand that with the right model, a Galloway National Park could have massive economic and environmental benefits for the area.”

“The lack of support by the Scottish Government comes despite a recent report commissioned by Dumfries and Galloway Council entitled ‘A National Park for Galloway?’ which argued that developing a third national park in Scotland, covering parts of Galloway and Ayrshire would complement Scotland’s two existing parks in the Cairngorms and Loch Lomond and The Trossachs.  The report highlighted a range of potential benefits that could be brought to the area including better management and protection for some of the world’s best natural and cultural landscape in Galloway and a boost for tourism.”<