Rail passengers in Dumfries and Galloway could save nearly £100 on key commuter routes with a fare freeze next year, according to South Scotland MSP Colin Smyth

Rail passengers in Dumfries and Galloway could save nearly £100 on key commuter routes with a fare freeze next year, according to South Scotland MSP Colin Smyth

Under the SNP, regulated rail fares are due to rise by up to 1.9 per cent from January. 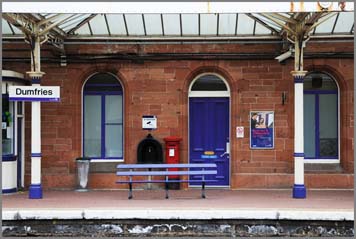 But if Scottish Government Ministers agree to Labour’s plan for a fare freeze, commuters purchasing a monthly season pass could save nearly £100 over the course of 12 months:

The call for a rail freeze comes after widespread criticism over ScotRail’s performance under Abellio. The most recent monthly performance figures show that only 62.1% of ScotRail trains arrive at Dumfries station on time and 79.1% of services to Stranraer. The figures for ScotRail arrivals at Carlisle are even worse with just 50.7% of services that terminate at Carlisle from north of the border arriving on time.

“Passengers are fed up with expensive, overcrowded and delayed trains right across Scotland. They deserve a break. That is why Scottish Labour MSPs are campaigning for a fare freeze in 2017.On some commuter routes, this could save passengers nearly £100 over the course of a year. Prices are rising year on year and after this year of continual delays, cancellations and mismanagement of rail services by the Scottish Government, it is only fair, I believe to freeze fares and give consumers a break. The Scottish Government has said they will consider our proposal. Rail fares are due to rise in January, so the SNP should intervene right now to give passengers in Dumfries and Galloway the fare freeze they deserve.”

The current rate for a monthly ticket is: